IoT links smart objects to the Internet so they can communicate with each other. This interconnection not only makes it possible to control and manage each object, but also lets the objects themselves interact and automatically make smart decisions based on each other’s status and reports. 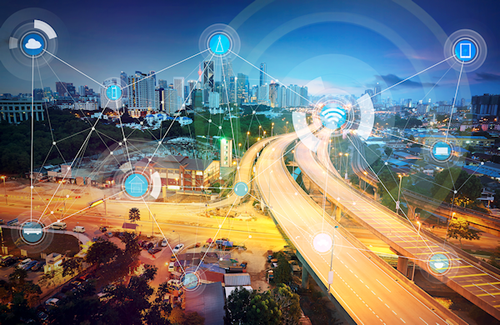 The Internet of Things, or IoT, is currently one of the hottest areas in tech. While it’s easy to get caught up in the sheer number of gadgets being connected, IoT is best viewed as a technology that draws its enormous power from the smart use and logic of the connected devices.

Imagine the possibilities that come into play when your washing machine or dishwasher is connected to the cloud: you could put your machine’s own logic to work for you in bargaining for lower electricity prices on a virtual stock electricity exchange, or perhaps make the machine wait until your local power company offers a reduced price when it needs to smooth out the peaks in power consumption.

The physical devices being discussed in connection with IoT include everything containing electronics, software, sensors, actuators and network connectivity. That means home appliances, vehicles, machines and milk cartons – just about everything, really. Even single components of a machine can be connected, such as the fan blades in a jet engine or a drill used inside a mine. IoT makes use of both hardware and software, harnessing the power of a smart interconnection between the two.

The Internet of Moving Things (often abbreviated IoMT) takes the IoT concept one step further by adding a mobile component: not only do the gadgets move, but their geographical position and movement are themselves important elements of the intelligent logics between the gadgets.

IoMT can also stand for the Internet of Medical Things, which makes use of wearables in the form of both distinct gadgets and inserts in everyday items. These include a strap worn around the waist that continuously measures pulse and blood oxygen saturation level, for example. Similarly, invisible metal sensors woven into ordinary shirts and blouses are an example of intrinsic IoMT devices.

IoMT is expected to play a vital role in the eHealth trend in which patients collect their own personal medical data, which gives them much greater control over their treatment due to their ability to submit their data to the medical analyst of their choice, whether it be a traditional hospital or an app from a wellbeing company.

Many analyst firms predict an exponential increase in the number of connected devices in the near future. We’re looking at a massive upswing in sensor devices generating unprecedented amounts of data that need to be intelligently analysed and acted upon.

IoT will impact most, if not all aspects of businesses that involve machines or humans. While the many IoT prognoses and gadgets might seem overwhelming at first, you can ease into IoT with confidence. Connecting the main components of your own or your customers’ businesses and introducing a deal of logic into these is a smart and risk-free first step into the world of IoT.

Strikersoft has successfully developed intelligent logic and smart devices for a number of its clients’ IoT offerings. Do you want to know more? Click the button below.

5 quick insights into the world of IoT 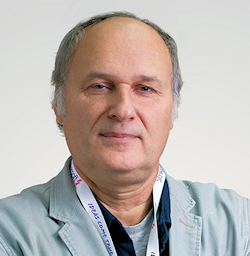 1. What is your definition of IoT?

2. Why are we seeing such strong development in IoT right now?

5. Do you have any more advice for organisations that want to start capitalising on IoT?